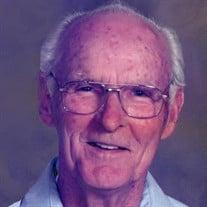 OBITUARY William George Conley, known to all as Bill, of Robertsville, MO departed this life at his home, surrounded by the love of his family, on December 24, 2021, having reached the age of ninety-three years, two months and eleven days. Bill was born in Sullivan, MO on October 13, 1928, son of James Patrick Conley and Mary Conley nee Fees. On January 16, 1954 he was united in marriage to Mary Catherine Mullaney and five sons came to bless this union. Bill is survived by his wife, Mary Conley of Robertsville, MO; by his sons, Dennis Conley and wife, Sheila, John Conley and wife, Kimberly, Kevin Conley and wife, Kimberly, James Conley and wife, Jennifer and William T. Conley and wife, Melinda, all of Robertsville; by one brother, Robert Conley and wife, Ruth Ann, of Fenton, MO; by fourteen grandchildren, fifteen great-grandchildren, nieces, nephews, great and great-great-nieces and nephews, cousins and many friends. Bill was preceded in death by his parents, James and Mary Conley; and by two brothers, Elmer Conley and Charles Conley. Bill was a Christian and member of St. Francis of Assisi Catholic Church in Luebbering, MO. He was proud to have served his country in the United States Army, entering on February 6, 1951 and receiving his honorable discharge on January 14, 1953, having attained the rank of Corporal. During his working career he was a carpenter by trade for about forty years, twenty of those years working for Fisher & Frichtel. He was also a proud member of Carpenters Local 47 in St. Louis, MO. He loved working on the farm, especially taking care of his cattle. He enjoyed doing anything outdoors and going fishing or hunting. He also loved his pet dog Cricket. His children held a very special place in his heart and his grandchildren were his pride and joy. The love they shared and many precious memories they created will be cherished by them all forever. A kind and loving husband, father, father-in-law, grandfather, great-grandfather, brother, brother-in-law, uncle, great and great-great-uncle, cousin and treasured friend, he will be sadly missed and lovingly remembered by all who knew and loved him. Funeral mass was held at 10:00 AM Friday, December 31, 2021 at St. Francis of Assisi Catholic Church in Luebbering, MO with Father Bob Knight officiating. Interment was in St. Patrick Rock Church Cemetery in Catawissa, MO, Memorials may be made to St. Francis of Assisi Catholic Church. The family was served by Russell Colonial Funeral Home in St. Clair, MO.

OBITUARY William George Conley, known to all as Bill, of Robertsville, MO departed this life at his home, surrounded by the love of his family, on December 24, 2021, having reached the age of ninety-three years, two months and eleven days.... View Obituary & Service Information

The family of William "Bill" George Conley created this Life Tributes page to make it easy to share your memories.

William George Conley, known to all as Bill, of Robertsville,...

Send flowers to the Conley family.