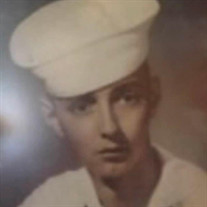 OBITUARY Robert Lee Bridgman, Jr. of Union, MO departed this life in St. Louis, MO on May 20, 2022, having reached the age of eighty years, three months and ten days. Robert was born in Richmond, VA on February 10, 1942, son of Robert Lee Bridgman, Sr. and Doris Cabble Bridgman nee Prout. On May 22, 1986 he was united in marriage to Linda Kay Brittain. Robert is survived by his sons, Robert L. Bridgman, III, known to all as Bobby, of Union, MO and Jacob Bridgman of Union; by his daughters, Sheryl Adkins and husband, Jack, of Troy, MO, Tina Bridgman of Uncasville, CT and Brenda Bridgman-Scott and husband, Brooks Newbill, of Creve Coeur, MO; by his step-daughter, Amy Wildhaber and husband, Troy, of Beaufort, MO; by his sister-in-law, Nancy Caldwell of Conway, AR; by many grandchildren, many great-grandchildren, nieces, nephews, great and great-great-nieces and nephews, cousins and many friends. Robert was preceded in death by his father, Robert Bridgman, Sr.; by his mother, Doris Busiek; by his wife, Linda Bridgman; by his brother, Bill Bridgman; by his sister, Barbara LaBoube; by his brother-in-law, Leon LaBoube; and by one grandson, Zachary Wildhaber; Robert was a Christian of the Protestant faith and believed in the Lord as his Savior. He was proud to have served his country in the United States Navy during the Vietnam War, entering on February 24, 1965 and receiving his honorable discharge of April 23, 1967. During his working career he was employed for many years by an abatement removal company. Music was his greatest passion. He loved playing music and touring with his band, The Bob Bridgman Band. He played benefits, Chuck Berry’s venue and had even opened for REO Speedwagon. Robert also loved woodworking, painting and working in his cabinet shop. He was a friendly and outgoing man that was a friend and father to many. A kind and loving father, father-in-law, grandfather, great-grandfather, step-father, brother-in-law, uncle, great and great-great-uncle, cousin and treasured friend, he will be sadly missed and lovingly remembered by all who knew and loved him. Funeral services will be held at 11:00 AM Monday, June 13, 2022 at Crestview Memorial Park Haven of Rest Mausoleum in St. Clair, MO. Entombment with full military honors was in the mausoleum. Memorials may be made to Zach’s Challenge. The family was served by Russell Colonial Funeral Home in St. Clair, MO.

The family of Robert Lee Bridgman Jr. created this Life Tributes page to make it easy to share your memories.

Send flowers to the Bridgman family.