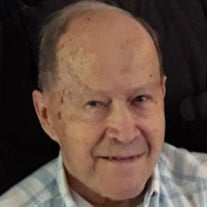 OBITUARY Neal George Newland of Union, MO departed this life in Creve Coeur, MO on January 19, 2022, having reached the age of eighty-three years, four months and thirteen days. Neal was born in Yunnan Province, China on September 6, 1938, son of Vernon Melvin Newland and Mona Newland nee Watson. On June 6, 1980 he was united in marriage to Jean Ann Danford. Neal is survived by his wife, Jean Newland of Union, MO; by his sons, Andy Newland and wife, Lisa, of Tacoma, WA and David Newland of Hendersonville, TN; by his daughters, Wanda Crowe and husband, Kevin, of Iberia, MO and Jackie Vandiver and husband, Lee, of St. Clair, MO; by his brothers, Melvin Newland and wife, Ethel, of Kansas, OK and Paul Newland and wife, Jane, of Lakeland, FL; by his sisters, Marcia Haverly and husband, Jim, of St. Ann, MO and Marilyn Esterline of Maryland Heights, MO; by his sister-in-law, Paula Speraneo of West Plains, MO; by six grandchildren, seven great-grandchildren, nieces, nephews, great-nieces and nephews, cousins and many friends. Neal was preceded in death by his parents. Vernon and Mona Newland; and by two grandchildren, Justin Newland and Carol Tyler. Neal was a Christian, an ordained minister and member of St. Clair Christian Church in St. Clair, MO. During his working career he taught seventh grade math for several years in the Memphis, TN school system and after retiring he was a substitute teacher in Missouri for about fifteen years. He also served as a Vocational Rehabilitation Counselor for the Deaf for the State Department of Education in TN and MO. Neal’s passion was for the teaching of creation through the MO Association for Creation (MAC). Neal had a variety of interests throughout his life including operating his ham radio, tending to his vegetable garden and enjoyed playing Solitaire on his computer. He also used to play trombone in The After Hours Community Band. During World War II when the Japanese Army attacked the Philippine Islands, his father, mother, sister and Neal were on a missionary journey when they were taken prisoner and held for two years and eight months. A kind and loving husband, father, father-in-law, grandfather, great-grandfather, brother, brother-in-law, uncle, great-uncle, cousin and treasured friend, he will be sadly missed and lovingly remembered by all who knew and loved him. The many precious memories they created will be cherished by his family forever. Funeral services were held at 12:00 PM Tuesday, January 25, 2022 at St. Clair Christian Church in St. Clair, MO with Rodney Farthing officiating. Interment was in Laurel Hill Cemetery in St. Louis, MO. Memorials may be made to either St. Clair Christian Church, St. Louis Christian College or Mid-South Christian College in Memphis TN. The family entrusted the care of their loved one to Russell Colonial Funeral Home in St. Clair, MO.

The family of Neal George Newland created this Life Tributes page to make it easy to share your memories.

Send flowers to the Newland family.