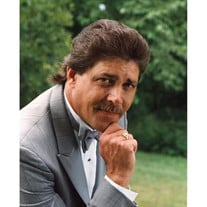 Glen Steven "Steve" Groomes, of St. Clair, Missouri, departed this life on August 19, 2021, at the age of 69 years old. He was born in Ames, Iowa to Glen Jordan and JoAnn Groomes (nee Janes). Steve is survived by the love of his life of 30 years, Sandi, and his children; daughters Michelle (Ken) Wall and Jennifer (Corey) Meyer of Paris, Texas, and son, Glen Ryan Groomes of Garland, Texas. He is also survived by his three stepsons, Heath (Norma) Edgar of St. Ann, Missouri, Keith Edgar of St. Clair, Missouri, and Eric (Lesa) Edgar of Wildwood, Missouri. Steve was preceded in death by his parents, brother Kevin Groomes, and granddaughter Alaina. He leaves a host of cherished family members which include, his brother Brent (Donna) Groomes of Cedar Falls, Iowa, and sister Denice Groomes of Indianola, Iowa, fifteen grandchildren Kendra (Jeremy), Megan, Kenny (Casie), Killian, Ashley, Autumn, Brennen, Lauren (Tanner), Ethan, Allison, Kampbell, Nicholaus, James, Samuel Glen, and Logan. Steve was also blessed to have four great-grandchildren, Kenzley, Kyler, Klara, and Hattie. He also leaves behind an aunt, Nancy McLean, Judy Bishop (Richard) and Uncle Ron Janes, two sisters-in-law, a brother-in-law, nephews, nieces, cousins, and many, many friends. Steve and Sandi enjoyed being team truck drivers and retired from the trucking life after 20 years. Steve chose to work at Lowe's in Washington, Missouri, post-retirement. After 14 years in many positions including assistant department manager, he retired from Lowe's as well. Steve was proud to be a Past President of the Eagles Lodge 3864 in Paris, Texas. He also enjoyed his passion for woodworking. His skills were unlimited as a craftsman. He made dollhouses, furniture, hope chests, and the coveted name carvings. He was a Dallas Cowboy fan and rarely missed watching their games. He had a sharp wit and sense of humor and could tell a joke like nobody you knew. He loved being the storyteller and everyone enjoyed hearing his stories. His laughter, and his ability to make people laugh, was infectious. Visitation will be Friday, August 27th, from 3:00-8:00 pm at Russell Colonial Funeral Home in St Clair, Missouri. Funeral Services will be held on Saturday, August 28th at 10:00 am, at the same location, with Minister April Graham officiating. Graveside services will be at Crestview Memorial Park. In lieu of flowers, memorials can be made in his honor to St. Jude's Children's Hospital or Shriners Hospital for Children.

Glen Steven "Steve" Groomes, of St. Clair, Missouri, departed this life on August 19, 2021, at the age of 69 years old. He was born in Ames, Iowa to Glen Jordan and JoAnn Groomes (nee Janes). Steve is survived by the love of his life of 30... View Obituary & Service Information

The family of Glen Steven "Steve" Groomes created this Life Tributes page to make it easy to share your memories.

Send flowers to the Groomes family.