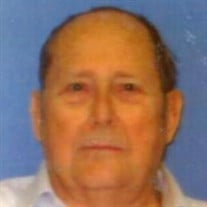 Dale O. Milloy was born on June 5,1930 in Mason City, IA. He passed away on October 7, 2021 in Washington, MO. His parents were Daniel A. Milloy and Kathryn Huff. In 1936 to 1940 he was failing at school. In the Fall of 1940, the state of Wisconsin tested his eyes and he failed the eye test. Not long after this he started wearing glasses. From then on, he was able to pass classes that he attended and from then on it was a catch up to complete schooling. He went through grade school and two years of High School In 1949 he joined the U.S. Army and took his basic training at Fort Riley from August 1949 to October 1949. At Fort Monmouth, NJ Signal School from December 1949 to October 1950 he studied telephone central office and telephone carrier (long distance telephone and teletype system that goes over VHF radio linking system). While in Signal School he received a letter of commendation for his service at the South Amboy, NJ disaster on May 20 to May 22,1950. He served in the Korean War from December 22, 1950 to June 5,1952 in a VHF Signal Co., which set up long distance telephone and teletype through VHF radio circuits throughout Korea. He received the following awards: Korean Service with 6 campaign stars; National Defense Service Medal; United Nation Korea Service Medal, the Good Conduct Medal and the Marksman with Rifle qualification badge. He served in the German Occupation from March 1953 to June 1955 carrying out the same duty as in Korea. He was awarded the Army Occupation of Germany and the second Good Conduct medal, which was a bronze bar with two knots in it. Expert with Machine Gun qualification badge. On April 2, 1955 he married a German National Rita J. Weber at, Wuezburg, Germany at the city Hall. They received a marriage certificate wrote in German. He was discharged from the Army on July 26, 1955 in New York City. He completed his High School Education by passing the GED test in the Army and received his Diploma on January 12,1956. From October, 1955 to February 8, 1957, he worked at night and attended Northwestern TV and Electronics Institute, Minneapolis, MN where his studies made it possible to pass the FCC First class General Radiotelephone License so he could work on radio transmitters. He worked at several radio stations after completing electronics school. He obtained a job at Ozark Airlines from December 15, 1961 to August 31, 1991 with about 30 years of service. His first four years as a radio and aircraft electrical engineer at the hanger and at the line to repair radios problems and aircraft electrical problems in Chicago airport. He went to work at the St. Louis 0zark Radio Shop from December 6, 1965 to August 31, 1991 repairing and overhauling ADF receivers; cockpit voice recorders; radio altimeter; aircraft transceivers; glide slope receivers, marker receivers, cockpit jack & switching boxes; ground station radios. While he worked Ozark Airlines, he attended night classes at The University of Missouri of St. Louis from Fall 1969 to Fall of 1977 with 86 credit hours. On October 26, 1986 Ozark Airlines merged into TWA where he served the rest time in the airlines working in the radio shop. He retired from TWA on August 31, 1991 and started retirement on September l, 1991. He received severance pay and hospitalization from TWA until he became 62 years old when he started to received his first Social Security payment and Medicare. From June 1979 to June 1990, he carried out Family Genealogy Research on his father's Milloy family and his mother’s Huff families which he wrote a complete of both of these families of their histories. From September 1990 to September 2006, he researched The Kreider Families. Over 40 years he learned to speak German but was not fluent in German. Rita J. Milloy passed away on June 30, 2001 ending 46 years of marriage. She was born on November 11,1931 and she lived 69 Years, 6 Months, 19 Days. He did not grieve when she passed away, but while she was very sick, he grieved while caring for her for about six months. On January, 2002 he met and starting sharing his life with Lorraine Kossina. Since January 2010 they had a relationship for eight years, sharing their lives together, but they never married. On June 6, 2010 they celebrated their 80th birthday parties at a Belleville, IL restaurant. The party went very well. They had a total 88 guests at the party. Eleven of the guests were children. Dale is survived by his sister, Sarah Cash of Mentor, OH; by four special friends, Janet and Terry Creason of Washington, MO and Elizabeth and Tim Sieve of Union, MO; by nieces, nephews, great and great-great-nieces and nephews, cousins and friends. He was preceded in death by his parents, Daniel and Kathryn Milloy; by his wife, Rita Milloy; by one brother, Avery Milloy; and by two sisters, Shirley Schmidt and Betty Fossmo. Visitation and Funeral services were held on Tuesday, October 12, 3021, at Russell Colonial Funeral Home, St. Clair, MO. Interment was in Jefferson Barracks National Cemetery, St. Louis, MO. Memorials may be made to the St. Jude’s Children’s Research Hospital.

The family of Dale Oliver Milloy created this Life Tributes page to make it easy to share your memories.

Send flowers to the Milloy family.