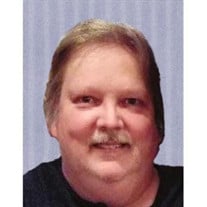 Charles LaVern Hunt, known to most as Chuck, of St. Clair, MO departed this life in Creve Coeur, MO on October 27, 2021, having reached the age of sixty-two years, six months and twelve days. Charles was born in Hastings, MI on April 15, 1959, son of Elwin LaVern Hunt and Doris Marie Hunt nee Pruitt. As a young man he was united in marriage and blessed to have four children. Charles is survived by his children, Michael Hunt and wife, Kara, of Dupo, IL, Corey Hunt of Ft. Myers, FL, Nathan Hunt and wife, Bethany, of Plano, IL and Katie Hunt and fiancé, Derek Bowles, of Columbia, IL; by two brothers, Jimmy Gordon and wife, Donna, of Memphis, TN and Kevin Hunt and wife, Karen, of Troy, IL; by his sister, Sally Hulsey and husband, Glenn, of Collinsville, IL; by his aunt, Madeline Meyers of Woodland, MI; by nine grandchildren, Kyleigh Williams, Isabel Lamping, Baylee Hunt, Mauricio Romero, Cameron Kenner, Jackson Hunt, Jordan Hunt, Jaxon Hunt and Everly Hunt; by nieces, nephews, great-nieces and nephews, cousins and many friends. Charles was preceded in death by his parents, Elwin and Doris Hunt; and by two brothers, Johnny Gordon and Dennis Hunt. Charles was a Christian, having been raised in the Pentecostal faith and believing in the Lord as his Savior. He was currently attending The Assembly of God Church in Sullivan, MO. He was very strong in his faith and loved playing the piano in church and in his younger years being a part of a travelling Christian music group called Gean Warren and the Glorylanders. Charles loved listening to music, especially Travis Tritt and Elvis Presley. He loved collecting Elvis memorabilia and diecast cars, and watching the Three Stooges and Star Trek. He enjoyed going to the Cloud 9 Ranch Camp Ground. He loved listening to his favorite minister Jimmy Swaggart. These last few months he got great peace from watching Reverend Charles Stanley. Charles was an outgoing and friendly man that knew no stranger and could always make a friend. He was someone you could easily talk to because he was such a great listener. He had a very unique and sarcastic sense of humor. Family meant everything to him. His children and grandchildren held a very special place in his heart, as he did in theirs. The love they shared and many precious memories they created will be cherished by them all forever. A kind and loving father, father-in-law, grandfather, brother, brother-in-law, nephew, uncle, great-uncle, cousin and treasured friend, he will be sadly missed and lovingly remembered by all who knew and loved him. A private committal will take place at a later date. The family of Charles LaVern Hunt was served by Russell Colonial Funeral Home in St. Clair, MO.

Charles LaVern Hunt, known to most as Chuck, of St. Clair, MO departed this life in Creve Coeur, MO on October 27, 2021, having reached the age of sixty-two years, six months and twelve days. Charles was born in Hastings, MI on April 15, 1959,... View Obituary & Service Information

The family of Charles LaVern "Chuck" Hunt created this Life Tributes page to make it easy to share your memories.

Charles LaVern Hunt, known to most as Chuck, of St. Clair, MO...

Send flowers to the Hunt family.